The prospectors of the 1800s must have thought their eyes were deceiving them when they first spotted Quartz Mountain. A massive quartz outcrop located between Amherst and Lillicur where pure quartz stands in some sections at over six metres above the level of the connecting hill surface. In one section, an incredible 40-tonne boulder extends for 0.8km north from the main outcrop and balances precariously on top of the biggest quartz reef remaining in the state.

Although fossicking and prospecting is strictly prohibited these days, gold mining was undertaken back in the late nineteenth century with very little success. Creating a tunnel was also attempted, from the eastern side of the reef, however it was left unfinished after blasting through a considerable amount of quartz and ore.

Take the Talbot-Avoca Road from Amherst towards Avoca.  After approximately 1.5km take the left-hand fork on the dirt Glenmona/Lillicur Road.  After .7km turn left onto Tyler Track.  After .6km turn right onto Quartz Track; the reef is signposted and is a short, steep walk from the track after 2.4km.  Take the Mia Mia Track back to Talbot, past the Talbot Cemetery.

Visit during springtime and be amazed by the wildflowers.  Over 230 species have been recorded in the area including 30 different kinds of orchids. 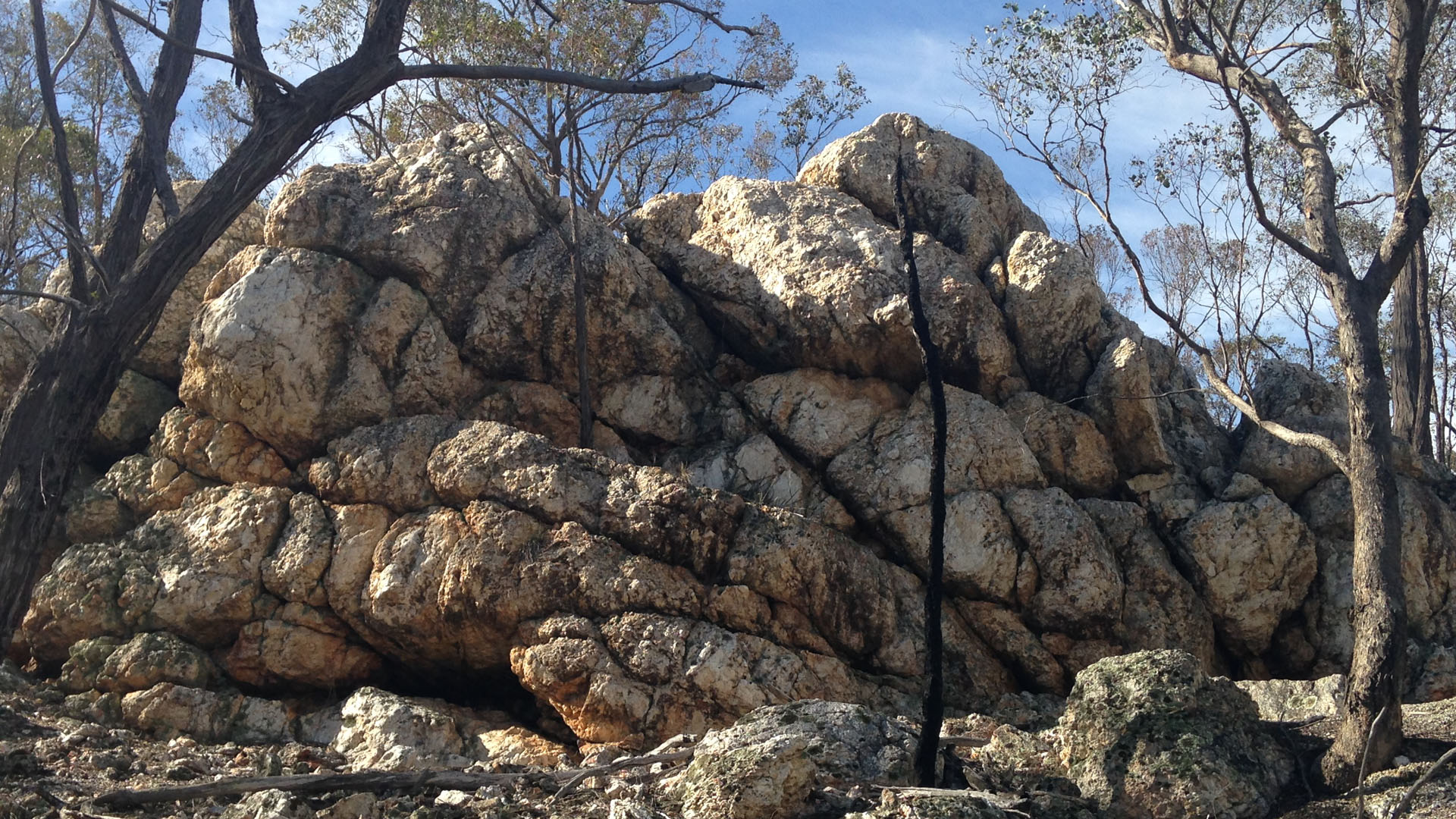