The great wealth of the gold rush era, and the stunning architecture of the period, is beautifully apparent in Maryborough’s McLandress Square.

The town’s civic centre features European-style heritage buildings including the imposing Italianate palazzo-style post office, which was built in 1877 and still serves as a post office today. The town hall was built in 1887 after the local council established there was a need for a large building to house public functions. Still retaining many of its original features, additions to the town hall in 1939 added a number of beautiful art deco features enhancing the rich detail of the building. In 1892, the Federation Free Classical style courthouse was designed and commissioned and this opened one year later.

One of the largest courthouses outside of Melbourne, the building has served as a courthouse continuously since its inception. At night, McLandress Square lights up, showcasing the detail and the beauty of these stately and elegant buildings. 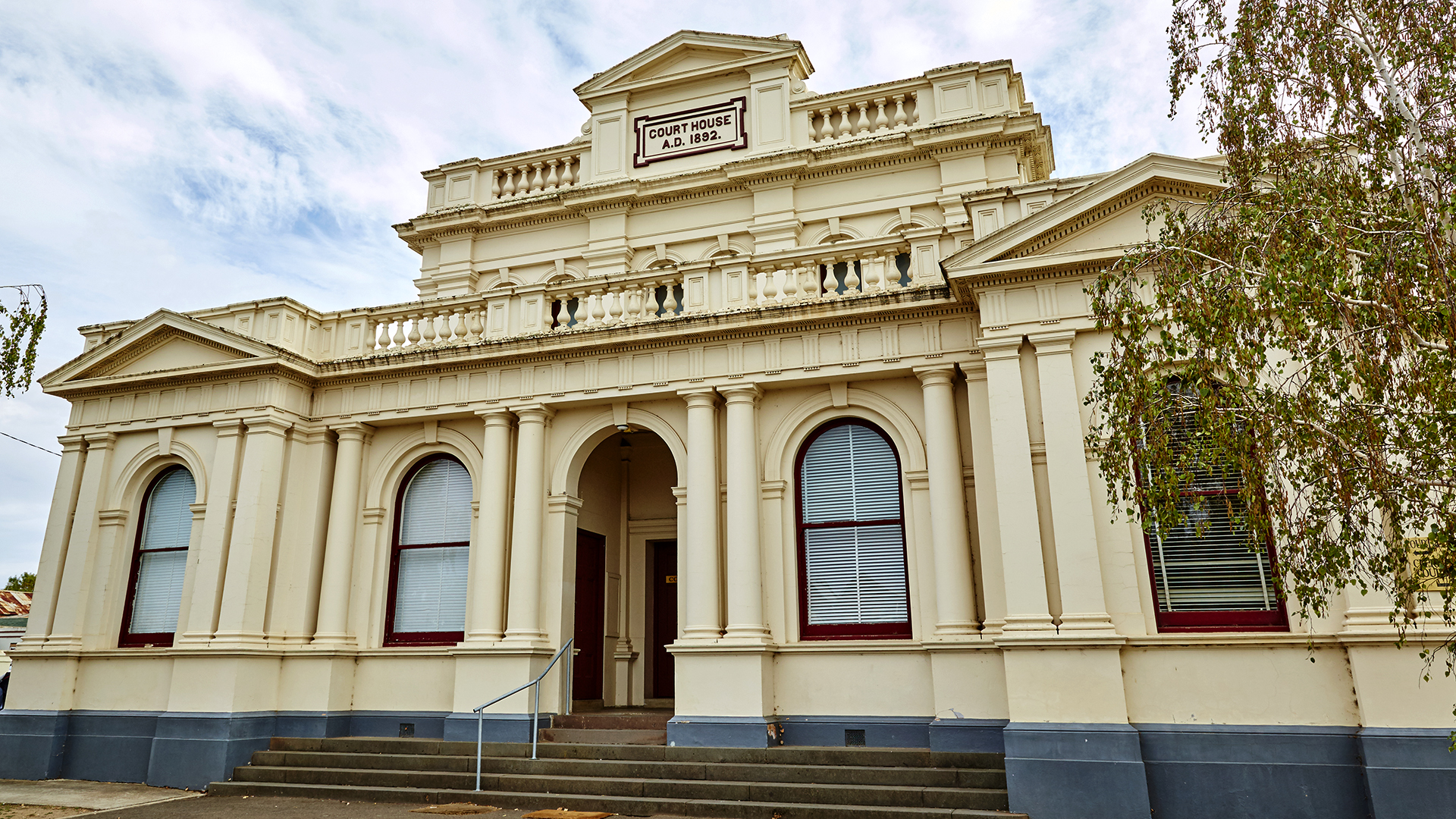 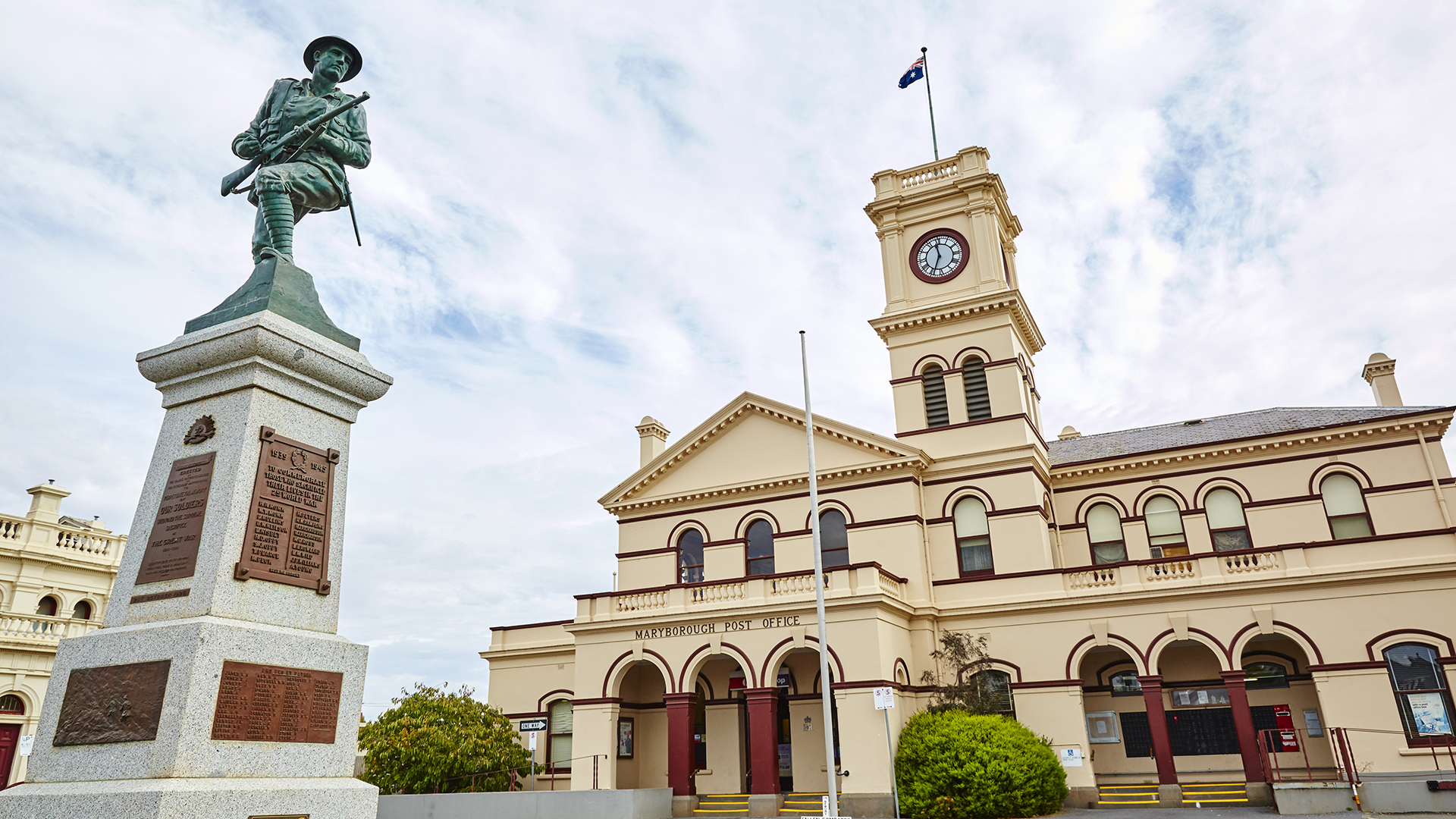