Considered to be the oldest jail in Victoria, the Carisbrook Log Gaol was noted by district surveyor, William Swan Urquhart, as ‘Camp Carisbrook’ in August 1851 and it was the major gaol in the police district until 1858.

It was continued to be used to house lesser offenders until around 1900. Christened ‘The Logs’ by local resident, Tilly Aston, it was moved twice before ending up in its current location in the early 1900s and has served as a sluice house for horses, wheat silo and fodder shed before being taken on by the Carisbrook Historical Society.

Built using interlocking horizontally laid logs, the old shingle roof has now been replaced with corrugated iron. Several notorious bushrangers were imprisoned at ‘The Logs’ including Morgan the Murderer, Captain Melville and John Sweeney. At least three people have died in ‘The Logs’ and the last, George White in 1881, is said to live on as the resident ghost. 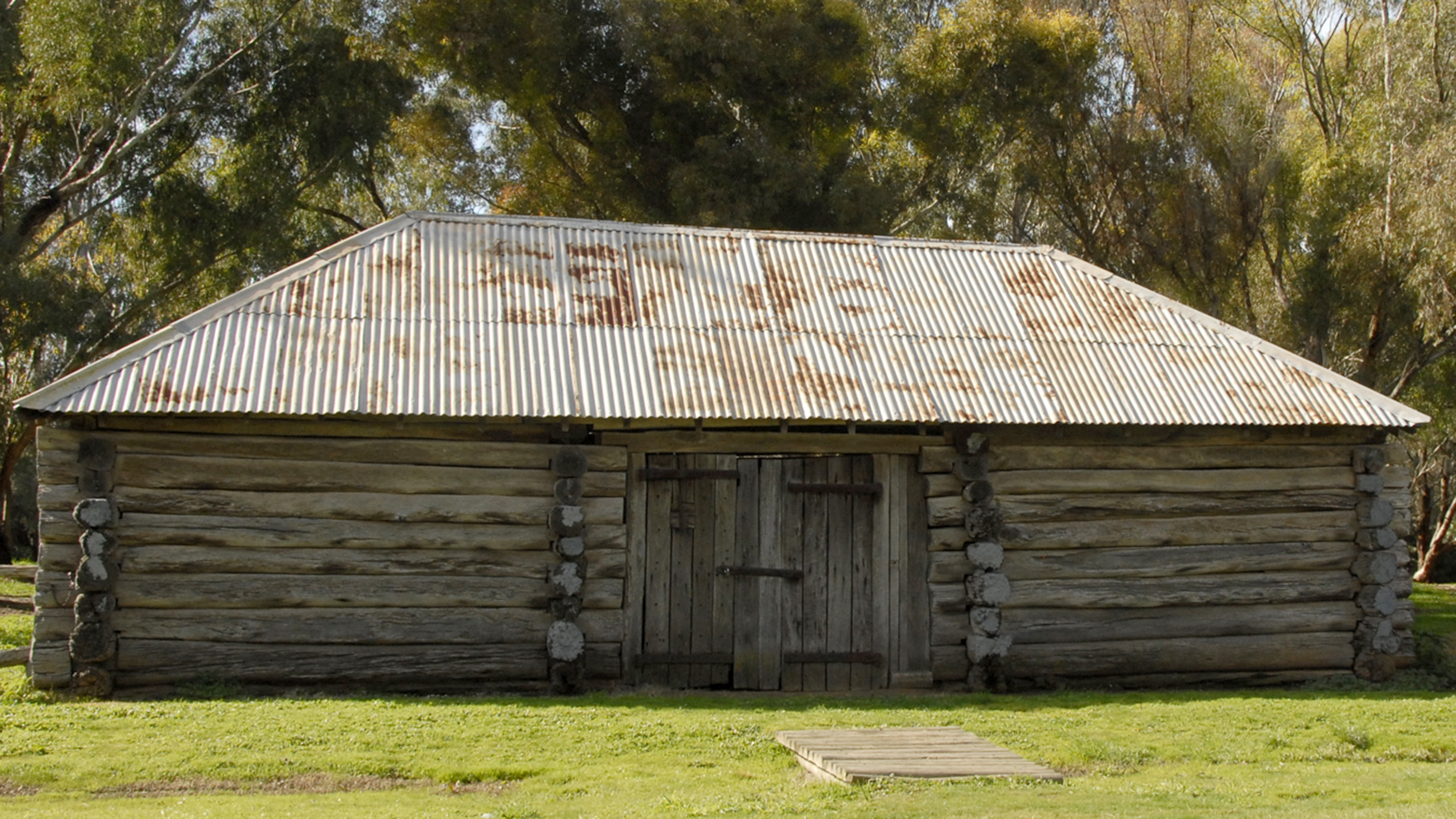