With a lack of permanent creeks in the region, Aboriginal people passing through looked to more creative ways to source fresh and clean water and their incredible rock wells are a wonderful feat of engineering. Just outside Maryborough is what is considered the best example of Aboriginal Rock Wells in Victoria. Bull Gully Rock Wells consists of four holes dug into the base of a large sandstone rock, making a natural catchment for falling rain. Additional water seeps in through cracks in the stone and the wells are thought to have a total capacity of 168 litres. The narrow mouths work to reduce evaporation and also keep pollution from animals or windblown debris to a minimum. Locals say the wells have never been known to dry up, even during extended periods of drought, over the last 150 years.

Another piece of the Central Goldfields' Indigenous heritage can be found in the spectacular Aboriginal Shelter Tree, just out of Talbot. The 700-year old giant River Red Gum has a circumference of over 15 metres and its hollowed out centre was used by the Dja Dja Wurrung clan as shelter. Also a safe place for women within the tribe to give birth, the magical tree stands as an important part of history.

With a lack of permanent creeks in the region, Aborigines passing through looked to more creative ways to source fresh and clean water and their incredible rock wells are a wonderful feat of engineeri

The girth of the tree is 15 metres and the hollowed out centre was used by the Dja Dja Wurrung people for shelter. 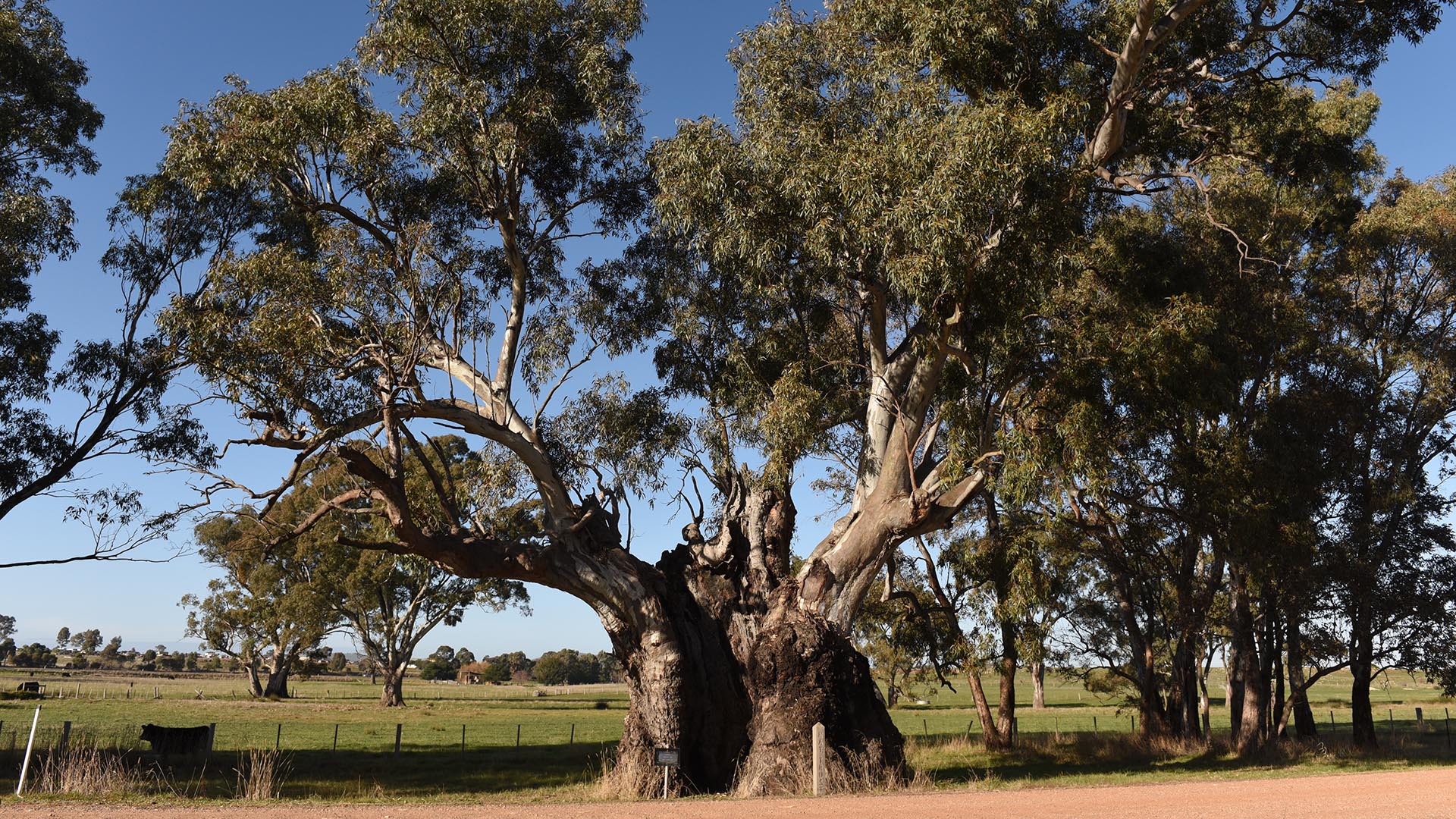