Rock Around the World - The History of Rock & Roll

Followed by the Australian Rock & Rollers such as, Daddy Cool, Billy Thorpe, Ted Mulry, The Easybeats, Masters Apprentices, Dragon, Ray Brown & the Wispers, Ray Columbus & the Invaders and Chain, finishing with a tribute to the Australian great, the mercurial Johnny O’Keefe, plus, many more of the Rock and Roll greats.

The show consists of costumes, an extensive song list, comical songs and routines. Dave Allen’s “Rock & Roll Show” is a totally entertaining show performed in “three 50 minute segments” over three hours, and, can be performed to a sit down audience, or a night of dancing, whatever takes your fancy. 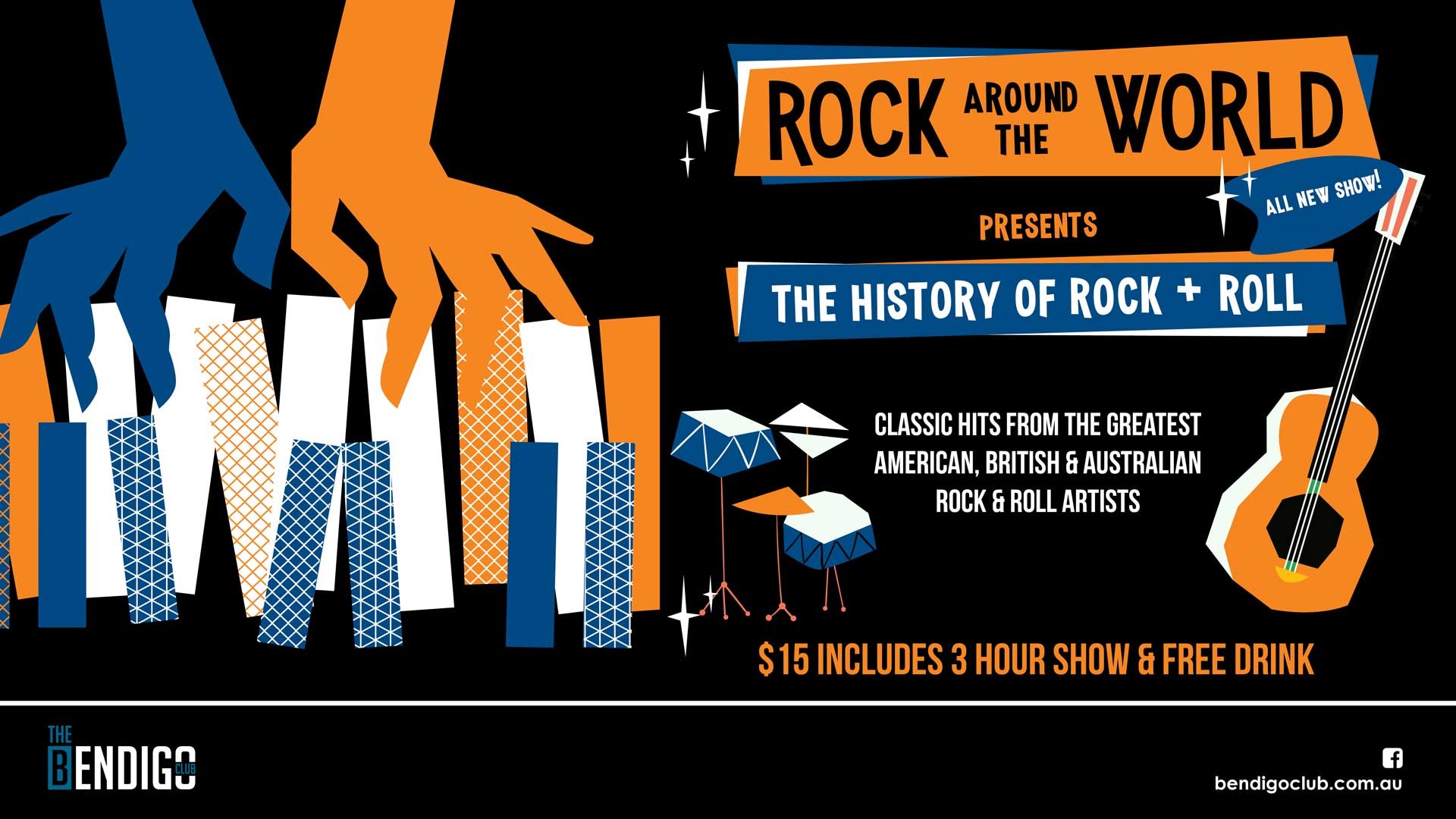