The whole family will adore beautiful Rosalind Park – 60 acres of grassy open spaces, lush leafy trees, a fabulous playground, ornate statues, an historic conservatory, a fernery and beautiful old gardens to explore, located on the edge of the Bendigo CBD.

Rosalind Park was the site of the Government Camp of the 1850s and so became the focus of public life and administration. Prior to 1851 the area we now call Rosalind Park was a grassy woodland with large River Red Gums (Eucalyptus camaldulensis) lining the Bendigo Creek that was a chain of deep permanent fresh water pools. The creek would have been an important source of food and water for the Dja Dja Wrung people who lived in this area.

The 1851 goldrush transformed this little valley into a jumble of shallow shafts, mullock heaps and puddling mills. The story of Rosalind Park is about transformation of a goldfield into an important public park.

Rosalind Park is located on the corner of View Street and Pall Mall in the centre of Bendigo. It is open all hours, note children’s playground is open outside school hours.

The Camp Hill Primary School playground is available to the public outside of school hours.

The Poppet Head lookout tower was used during the gold rush to process mine tailings and to hoist flags indicating that mail had arrived. It was moved to this location in 1931 from the Garden Gully United mine, and has become the symbol of Bendigo. Climb it to enjoy the best view in town and see the Bendigo Heritage Mosaic by Maery Gabriel that depicts Bendigo's mining history.

The cascades are a reconstructed 19th century water feature. Designed by renowned architect William Vahland and built in 1880, it originally included statues, fountains and a fern grotto. It fell into disrepair during the 20th century and has in part been rebuilt.

The park is significant for its horticultural heritage. Many trees date back to the 1800s and new ones are planted each year as replacements. Walk the urban forest to see elms, oaks, Queensland kauri and Australian teak, amongst others.

Each autumn our horticulturists plant thousands of bulbs for the community to enjoy in spring.

The cool, green, lush fernery provides a shady respite from the heat. Once the site of a billabong, mature trees now provide a canopy of shade for the more tender ferns. Explore its water features, bridges, rockeries, gravel paths, and a fern and palm collection. The River Red Gums are remnant vegetation of historical significance. There is also a great selection of Victorian fern species on display.

The Conservatory Gardens include the 19th century Conservatory and heritage sculptures. The ornate building was erected in 1897 and the last building of its type in a public park in Victoria. Through out the year floral and foliage displays are on show, including the spring tulip display.

These gardens are named after George Lansell, who was one of the few people who made his fortune in Bendigo's gold rush. His sculpture stands in this garden with the rare Chilean Wine Palm.

The Chinese Gardens reflect the influence and traditions of the local Chinese community. They feature Chinese-style art, sculpture, water features and horticulture.

Bendigo’s three sister city relationships are each represented with a garden:

The Bendigo Creek and its bridges are a significant example of late 19th century urban infrastructure using stone masonry techniques. The creek was realigned, widened, lined with flagstones, walled with sandstone and capped with granite. The iron bridges were built in 1882 to replace earlier narrower structures.

The lookout, situated at the top of Camp Hill, was originally a poppet head from the Garden Gully United mine (one of Bendigo's richest mines) and was installed in its current location in 1931. During... 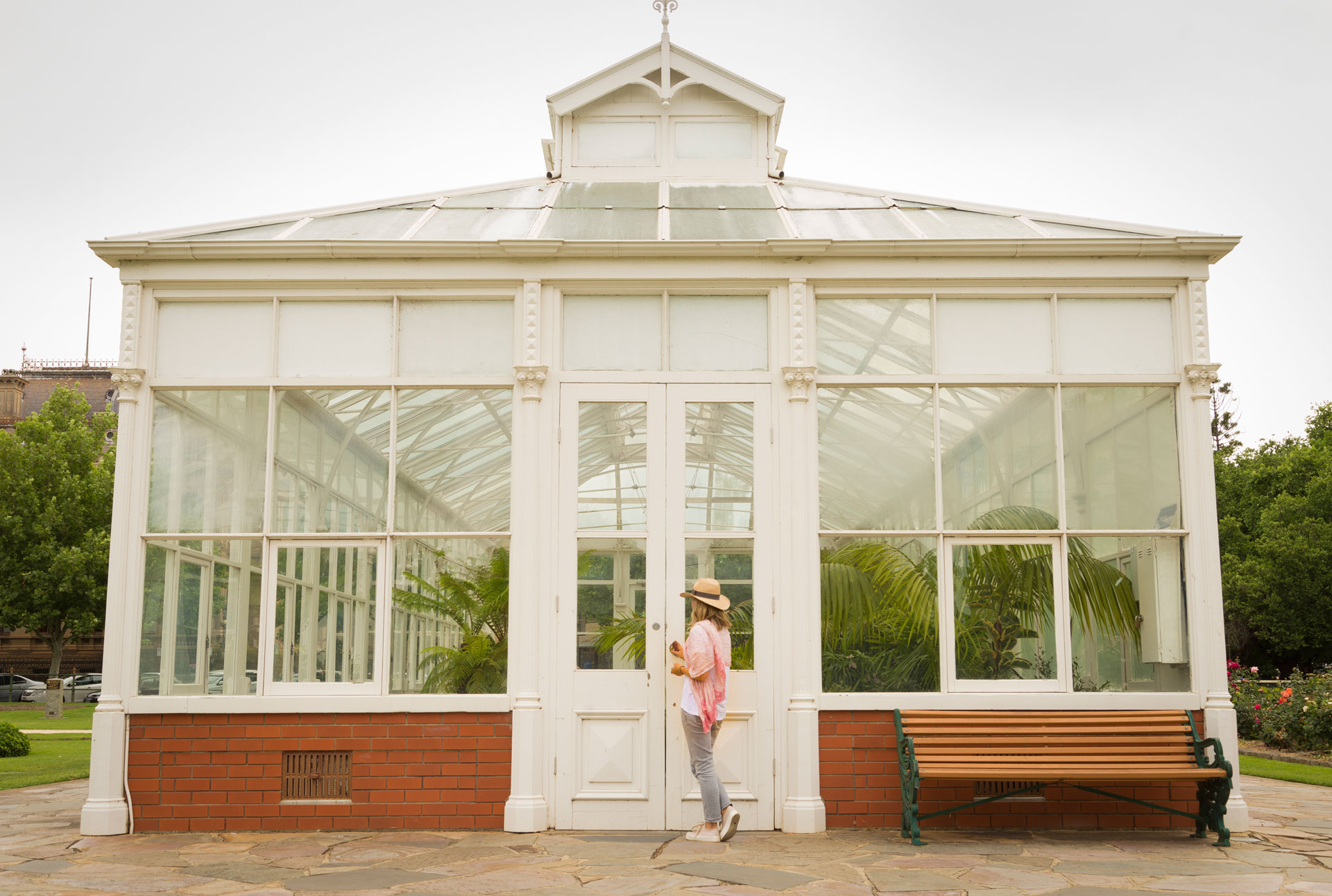