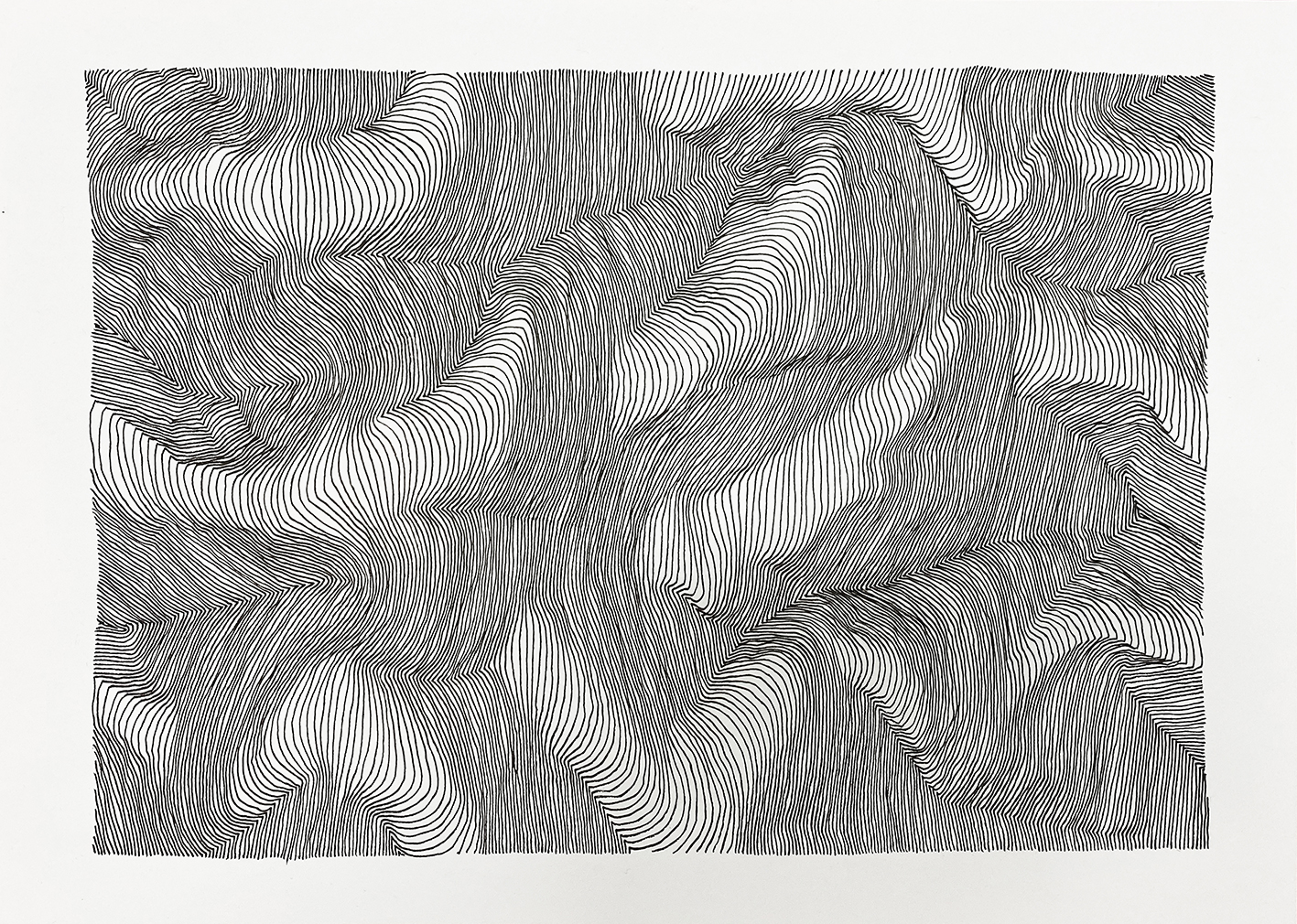 Drawing has always been an integral part of Davidson’s life, and his drawings reflect a relentless desire to explore the architectural line. Due to his stroke paralysis, Davidson now draws with his non-dominant hand. Meticulous and intricate, the drawings trace a multitude of patterns and forms through the strict constraint of black lines on paper. Whilst sometimes reminiscent of topographic or organic forms, the drawings are purely abstract and largely unplanned. They are created through a process of semi-automatic continuous drawing, which Davidson expresses as being made through hours spent drawing in a joyous, meditative state.

Statement written by Daine Singer on behalf of Peter Davidson.

Peter Davidson is a Melbourne-based artist and architect, best known for designing Melbourne’s Federation Square as founder and co-director of LAB architecture studio. Davidson graduated in 1980 from the NSW Institute of Technology in Sydney (now UTS), after which he moved to London and ran his own practice while simultaneously teaching at various institutions. Davidson has taught and lectured extensively, including at the AA, London; Bartlett School of Architecture, London; as Adjunct Professor at UTS in Sydney; and as Visiting Professor at Cooper Union, New York and MIT, Boston. In 1994, Davidson co-founded LAB architecture studio and won the competition to design Federation Square in 1997, at which time he moved from London to Melbourne.

After suffering a major stroke in 2010 that caused disabilities including hemiplegia and aphasia, Davidson stopped practicing as an architect and devoted himself full-time to his artistic practice.

Recent exhibitions of his work include Untitled, Bundoora Homestead Art Centre (2017); Peter Davidson, Daine Singer (2021, 2016, 2015 & 2013), A Fine Line, Daine Singer (2012) and Draw the Line, National Gallery of Victoria (2009). In 2018 VERSION published Words, Lines, a limited edition book of Davidson's poems and drawings. In recent years, Davidson has expanded his practice to include watercolours, exploring form and composition through a more poetic lens.

Vote for this work in the People's Choice