This is a recording of a conversation between Bangerang artist Peta Clancy and Dja Dja Wurrung men Amos Atkinson and Michael Bourke recorded on Dja Dja Wurrung Country on Friday 9 February 2018 during the development of Clancy’s photographic series Undercurrent which she developed with Amos and Mick.

Peta Clancy is a descendent of the Bangerang Nation from the Murray Goulburn area south-eastern Australia. Her photographic work explores hidden histories of colonisation, events which threatened the survival of her ancestors. She aims to bring to light these hidden histories in a contemporary setting. In 2018, Clancy collaborated with the Dja Dja Wurrung community to explore unmarked and unacknowledged massacres sites on Dja Dja Wurrung Country in Central Victoria. Clancy spent a year responding to a site now submerged underwater; seeing this as a metaphor for the denial of the history of frontier violence in Australia. Through a process of cutting and layering, the resulting large format photographic series Undercurrent draws out hidden histories and reveals the cultural and emotional scars that resonate from the past through to the present.

During 2019 Undercurrent was exhibited at the Koorie Heritage Trust Gallery, Federation Square, Melbourne, and in the group exhibitions The National 2019 - New Australian Art, Art Gallery of NSW and Capital, National Centre for Photography, Ballarat as part of the Ballarat International Foto Biennale.

From 8 August – 8 November 2020 Undercurrent is presented for the first time on Dja Dja Wurrung Country as part of the exhibition The Burning World at Bendigo Art Gallery. Featuring four large scale photographic prints and an expansive 14m wallpaper and immersive soundscape recorded underwater at the massacre site. For the Bendigo Art Gallery exhibition of Undercurrent, Clancy has worked closely with Dja Dja Wurrung artist and curator Natasha Carter who has selected a suite of 19th century paintings and works on paper from Bendigo Art Gallery’s historic collection that depict her ancestral land through a Euro-centric lens and hang in conversation with Clancy’s work.

Undercurrent has been supported through the Koorie Heritage Trust’s Fostering Koorie Art and Culture Residency Program and the Federal Department of Communication and the Arts’ Indigenous Languages and Arts Program. It has also been generously supported by Gandel Philanthropy. Clancy wishes to acknowledge the cultural support and collaboration of the Dja Dja Wurrung Clans Aboriginal Corporation and in particular the generosity of Rodney Carter, Amos Atkinson and Michael Bourke.

Hear Peter Clancy talk about her work in The Burning World, Undercurrent.

The History Under the Image: The Burning World panel event recording.

Catalogue produced for the inaugural showing of Undercurrent at the Koorie Heritage Trust, Melbourne in 2019

Back to The Burning World 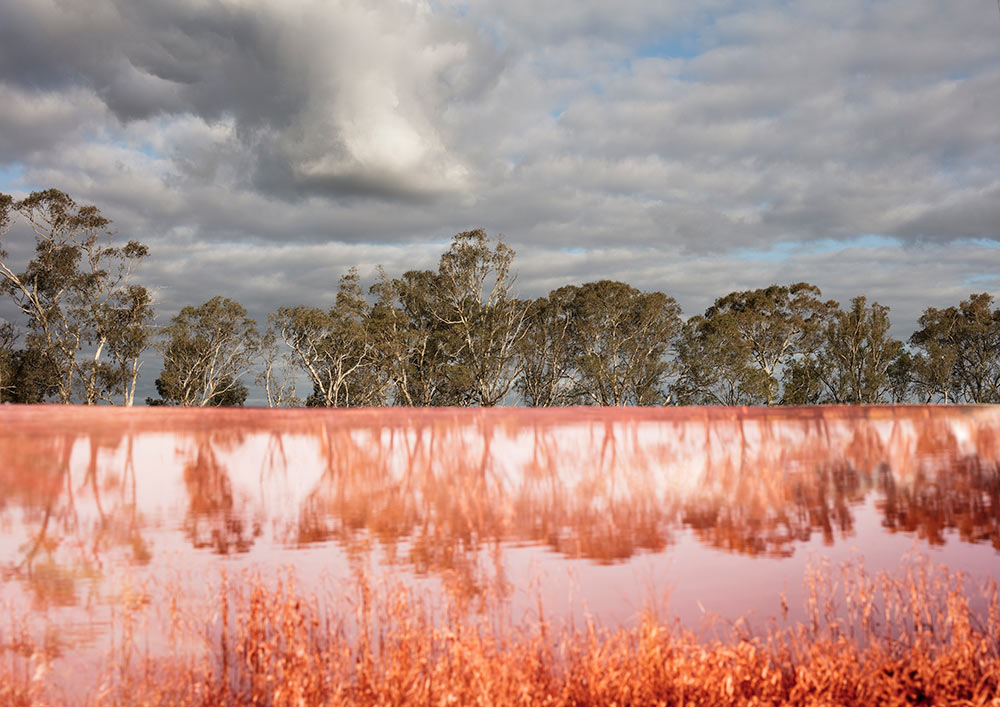 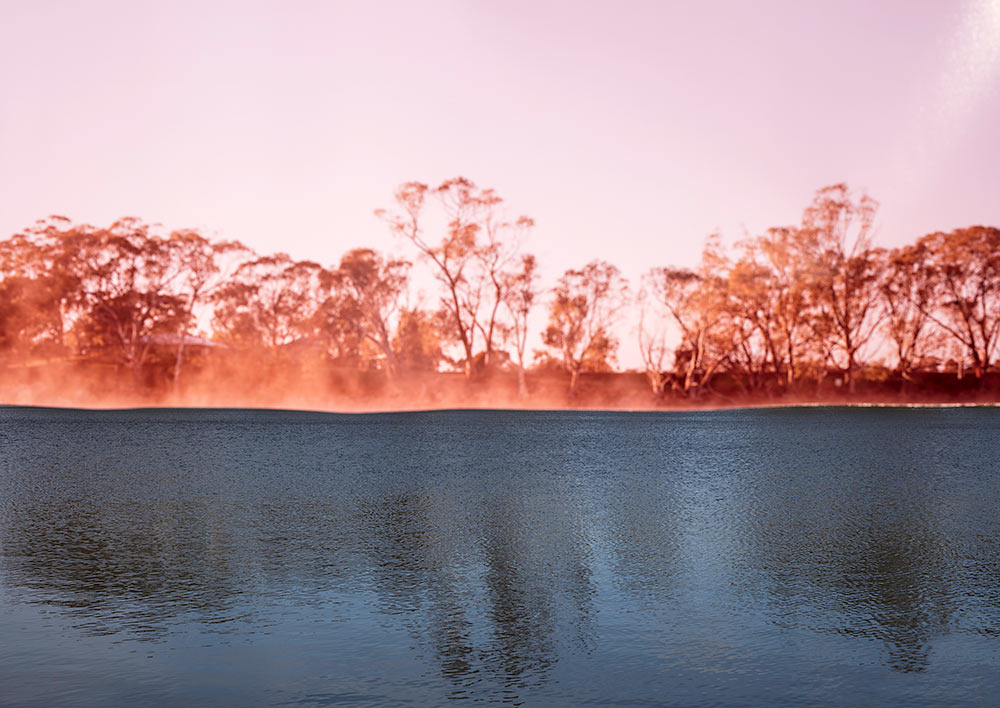 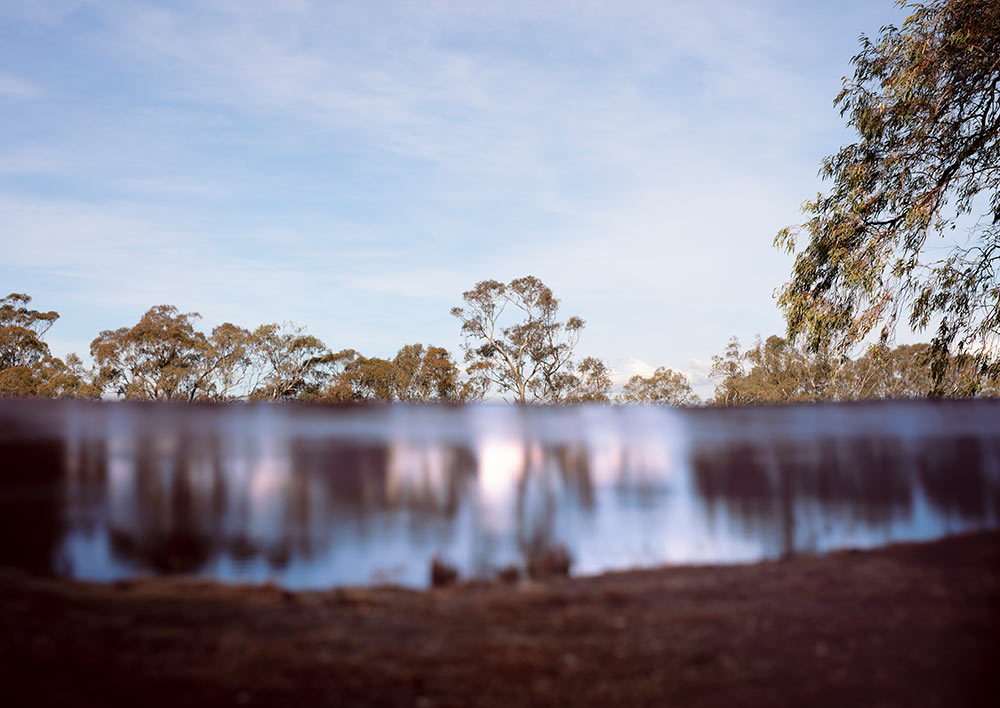