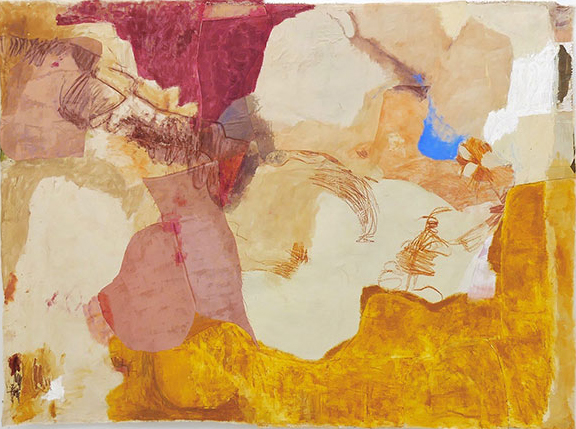 Held every two years, the Arthur Guy Memorial Painting Prize attracts some of Australia’s most accomplished artists, awarding a generous acquisitive cash prize of $50,000. The Prize provides Bendigo Art Gallery with the opportunity to survey a breadth of contemporary painting by established and emerging artists from across Australia.

This exhibition of finalists work, showcases the dynamism and diversity of contemporary painting practice today. The winning work joins the Gallery’s permanent collection.

The Prize was initiated by Mr Allen Guy CBE (1917-2007) to honour his brother Arthur Guy (1914-1945) whose life was tragically cut short whilst in military service in New Guinea. Inaugurated in 2003, Bendigo Art Gallery acknowledges all those who have contributed to the success of the Prize and look forward to the continuation of this prestigious and highly regarded acquisitive prize.

About Arthur Guy
Arthur Guy was born in Melbourne on 24 November 1914, the first son for Arthur and Catherine Guy. He was the eldest and only sibling of Allen Rupert Guy. Arthur was educated at Camp Hill State School in Bendigo and then at Ballarat Grammar School. He enlisted in the Royal Australian Air Force in a signals unit and served in New Guinea. On 14 February 1945, aged 30, he was on a biscuit bomber mission delivering supplies to troops when his plane went down near Wewak. He is buried in the Lae War Memorial Cemetery.

This was an online event that occurred on the 18 September and recorded. Below is the recording of the event.