Art historian Claire Bishop observed that museums and galleries are an expression of what we consider culturally important, and that they also offer a space to reflect upon these values. A collection of works of art that has been built over time offers fascinating insights into what society has valued at particular points in history, as well as an opportunity to (re)consider the ways these works resonate today.

Depictions of women in Western art, and in particular, nineteenth century Western painting, offer a case in point, and this was the departure point for assembling this particular display in Bendigo Art Gallery’s Abbott Court. 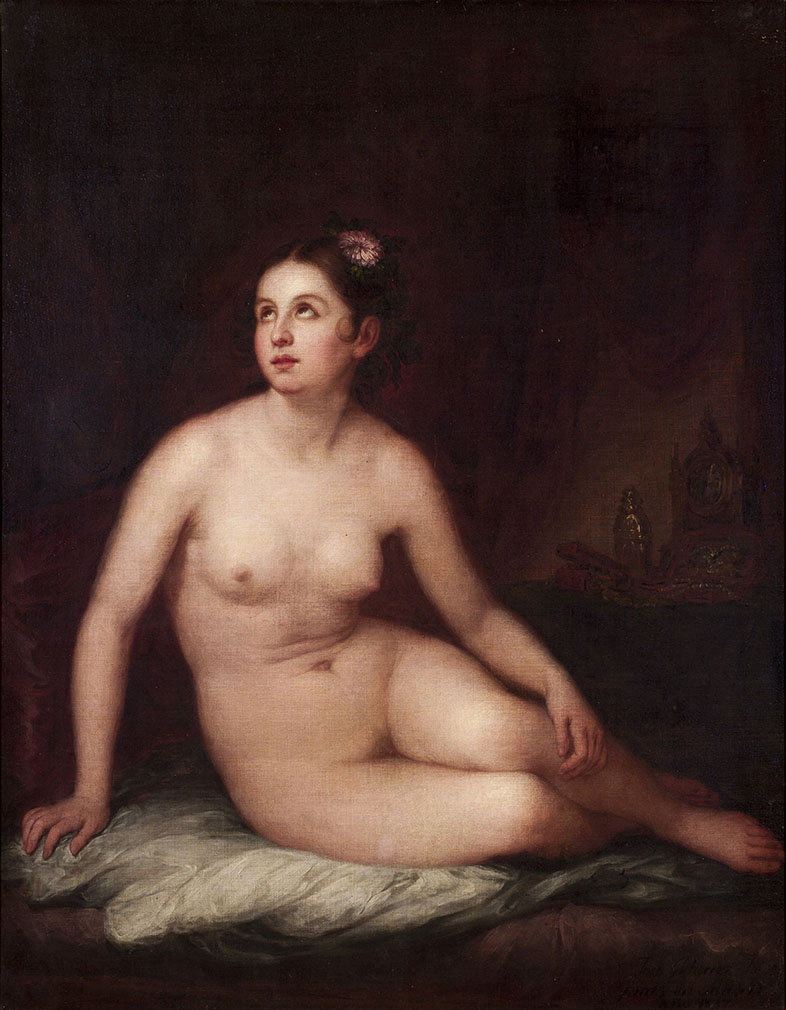 Notions of ideal beauty and distinct gender roles have been widely promoted through the imagery of Western visual culture. The feminist movement that gained traction in the 1970s challenged the notion of a masculine social and political order and promoted equality for the sexes. When feminist film theorist Laura Mulvey termed the concept of the ‘male gaze’ in 1975, she referred to the particular ways in which women have commonly been depicted in Western visual culture; namely, in an objectified manner for an assumed masculine, heterosexual spectator. Jose Gutierrez de la Vega’s The Spanish Maiden of 1837 arguably demonstrates this point.

Genre paintings such as John Burgess’s Her First Fan (c.1860) and Rupert Bunny’s Scandal (c.1910) project notions of the typical and domestic nature of female relationships, interests and pastimes, while modern scholarly thought across a range of disciplines has positioned the domestic space as a concept through which ideas pertaining to politics and gender may be explored.

The opening to English art critic John Berger’s most famous written work, the 1972 book Ways of Seeing, asked us to step back and to consider different perspectives on what we see. ‘The relation between what we see and what we know is never settled,’ he wrote. In asking us to consider the social politics and the diverse audiences of visual imagery, Berger acknowledged the multiplicity of viewpoints - and meanings - for works of art.