Bendigo Art Gallery was founded in 1887 in Queen Victoria’s Golden Jubilee Year.
Known as Sandhurst until 1891, Bendigo was a major goldmining area during the early 1850s. The town’s prosperity was evident in the Victorian architecture and the leisure and interests of the residents.

Keen to promote the arts, a group of locals lobbied the colonial government in Melbourne for financial support to establish a picture gallery. Sandhurst Fine Art Gallery opened in July 1887 at the Bendigo School of Mines, in McCrae Street.

When it was decided that the gallery required a building with a commanding presence, the former Bendigo Volunteer Riflemen’s orderly room in View Street was chosen. Bendigo architect WC Valhand was given the job of converting the building into a new home for the collection in 1890. 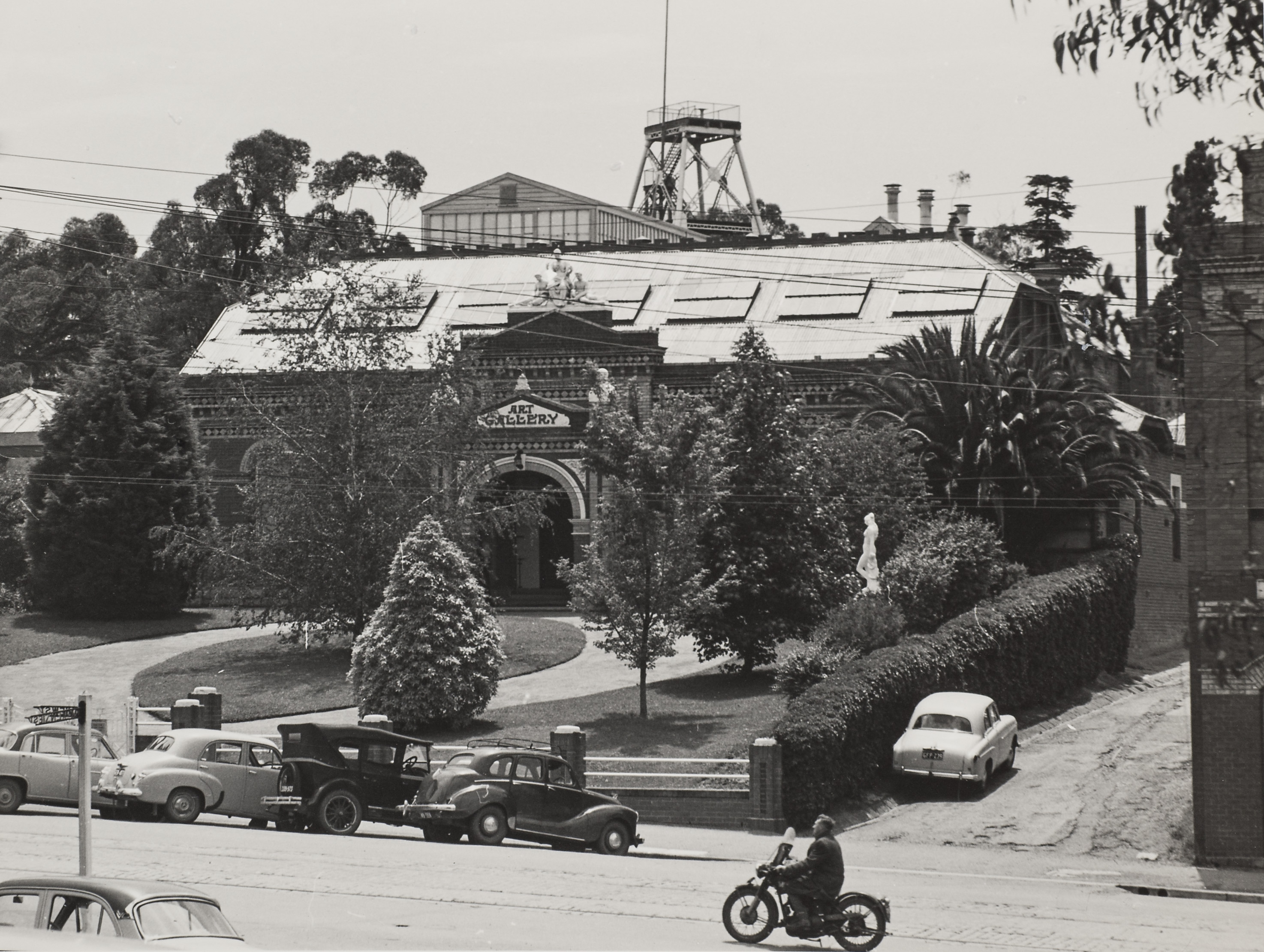 The Gallery’s original red and white Victorian brick facade and its Victorian and Edwardian galleries remained largely intact until 1962, when a modern cream-brick View Street entrance was added. This development included new offices and three new galleries. In 1976 an east wing was added. 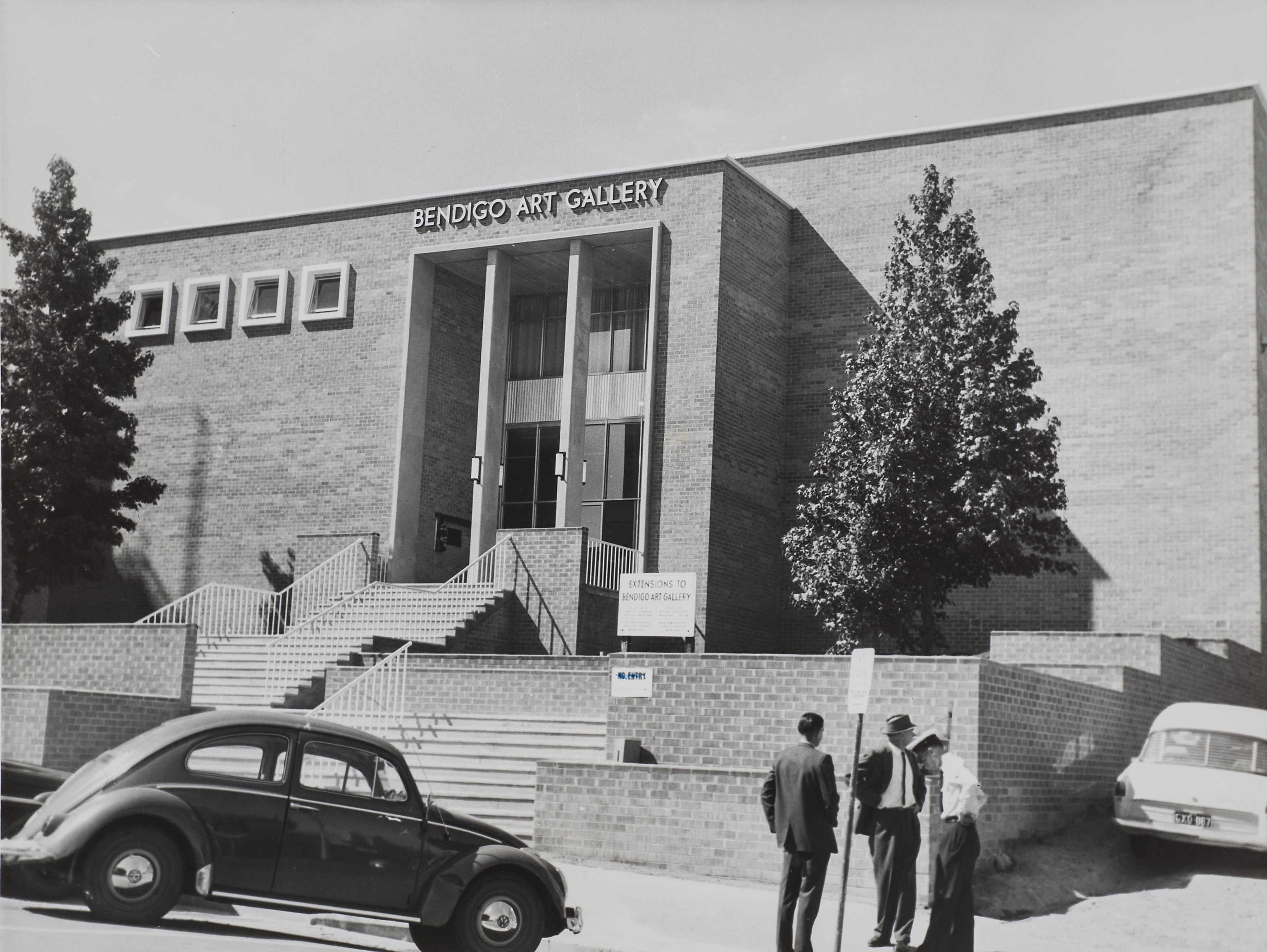 For most of its history, the Gallery had survived on bequests and government subsidies. But by the 1990s the Gallery’s interiors and the building’s facade were dated, and it lacked essential climate and humidity controls and adequate security to protect the collection.

To confirm the gallery’s future, update its facilities and reestablish it as an important and innovative regional gallery, a new agreement was made between the Gallery’s Board and the City of Greater Bendigo. Our Board retained responsibility for artistic matters, while the City assumed control of all operational functions.

When a $1 million contribution was received from the Victorian Government in 1995, an ambitious redevelopment program was launched.
Karl Fender of the Melbourne-based architecture firm Nation Fender Katsalidis, led the purchase and demolition of the neighbouring ANA Motor Inn, the removal of the Gallery’s 1960s facade, the refurbishment of the 19th-century galleries, and the construction of new gallery spaces, shop, and administration area.

Standard museum environmental control, and security systems were also put in place, and storage facilities were upgraded. The Gallery launched this stage of its redevelopment in December 1998.

In August 2001 the Sidney Myer Work on Paper Gallery and the Gallery Café opened. Both were funded primarily by The Sidney Myer Centenary Celebration 1899–1999, with additional support from the R H S Abbott Bequest Fund.

The noted retailer and philanthropist Sidney Myer (1878–1934) established his first business in Bendigo more than 100 years ago. The Gallery commissioned artist Janet Laurence to create the Sidney Myer Commemorative Sculpture to acknowledge his remarkable contribution to the community and the arts in Australia. The breath we share, 2002–03, was installed outside the Gallery Cafe in early 2003.

In March 2014 we opened a new contemporary wing of galleries designed by Karl Fender, of Fender Katsalidis Architects.
This $8.5 million re-development, located at the rear of the Gallery, added 600 square metres of gallery space as well as specialist storage solutions for the Gallery’s extensive and diverse collection. An expanded and refurbished Gallery Cafe was also launched to coincide with the opening of the new wing.